Van Nort is an experimental musician and sound artist who explores deep listening, viscerally immersive experiences and the radical sculpting of sonic materials in dialogue with his acoustic environment. He has regularly presents improvised electroacoustic music at various venues/festivals in the north american region and in the world at large; he often performs solo as well as with a wide array of artists across musical styles and artistic media. Regular collaborators include Pauline Oliveros, If, Bwana and the Composers Inside Electronics. His music appears on several labels including Deep Listening, Pogus and Zeromoon

Dr. Braasch received a Master’s Degree in Physics from the Technical University of Dortmund in 1998, and two doctoral degrees from the University of Bochum in Electrical Engineering and Information Sciences in 2001 and Musicology in 2004. Afterwards, he worked as Assistant Professor in McGill University’s Sound Recording Program before joining Rensselaer Polytechnic Institute in 2006, where he is now Associate Professor in the School of Architecture and Director of the Center for Cognition, Communication, and Culture.

Pauline Oliveros (born May 30, 1932, Houston, Texas) is an American accordionist and composer who is a central figure in the development of post-war electronic art music. She was a founding member of the San Francisco Tape Music Center in the 1960s, and served as its director. She has taught music at Mills College, the University of California, San Diego (UCSD), Oberlin Conservatory of Music, and Rensselaer Polytechnic Institute. Oliveros has written books, formulated new music theories and investigated new ways to focus attention on music including her concepts of “Deep Listening” and “sonic awareness”. 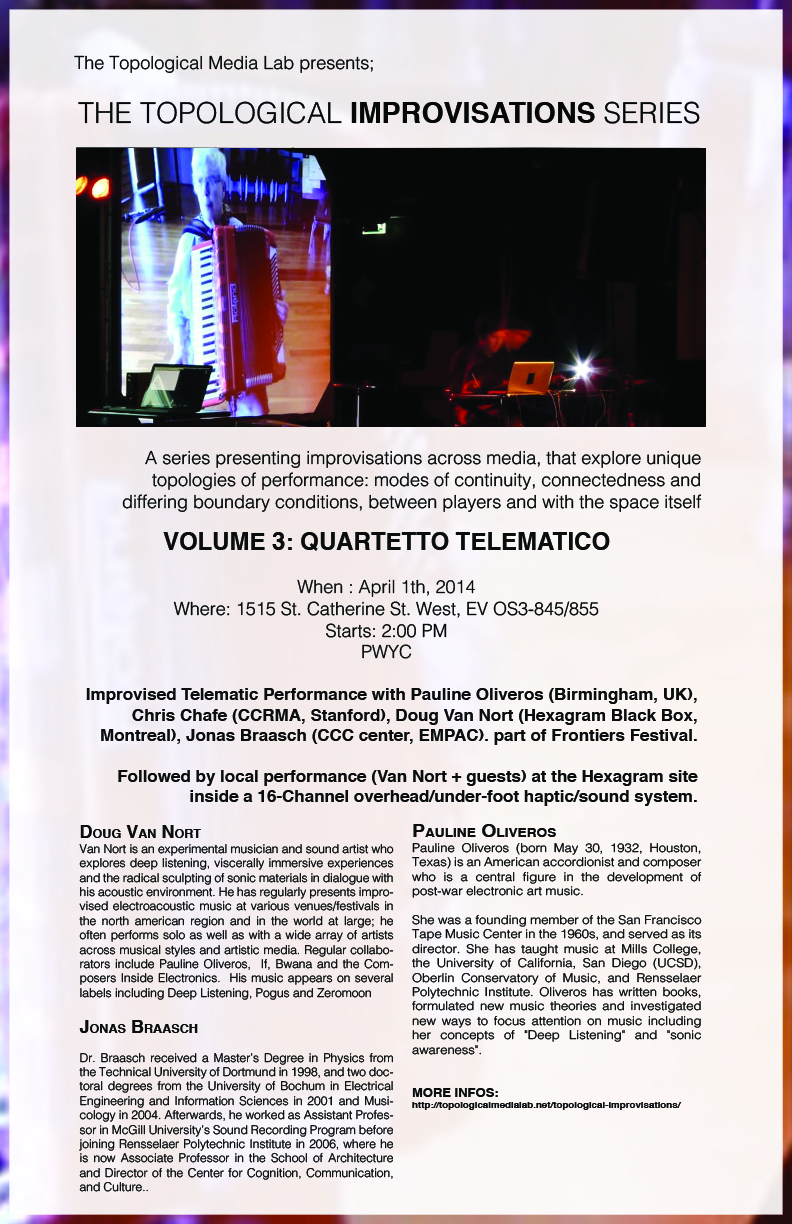