Singing In Place is a live performance. Improvised singing – with and without electronic processing – is used to convey the memory of walks taken. The voice is often combined with field recordings and texts.

She is a sound artist with formal training in visual art as well as classical singing. Her art practice generally involves the voice and issues of interface with technology, often using telephony or radio transmission. She is also involved in community art, and is a founder of the digital media center for women in Canada, Studio XX, as well as the innovative choral group for women, Choeur Maha. Her large scale sonic installation/performances for over 100 singers and radio, called “sonic choreographies,” have been performed internationally, most notably an ongoing piece called HMMM. Ms. Kennedy currently teaches electroacoustics at Concordia University. She frequently gives lectures and workshops on listening skills, acoustic ecology and vocal improvisation. 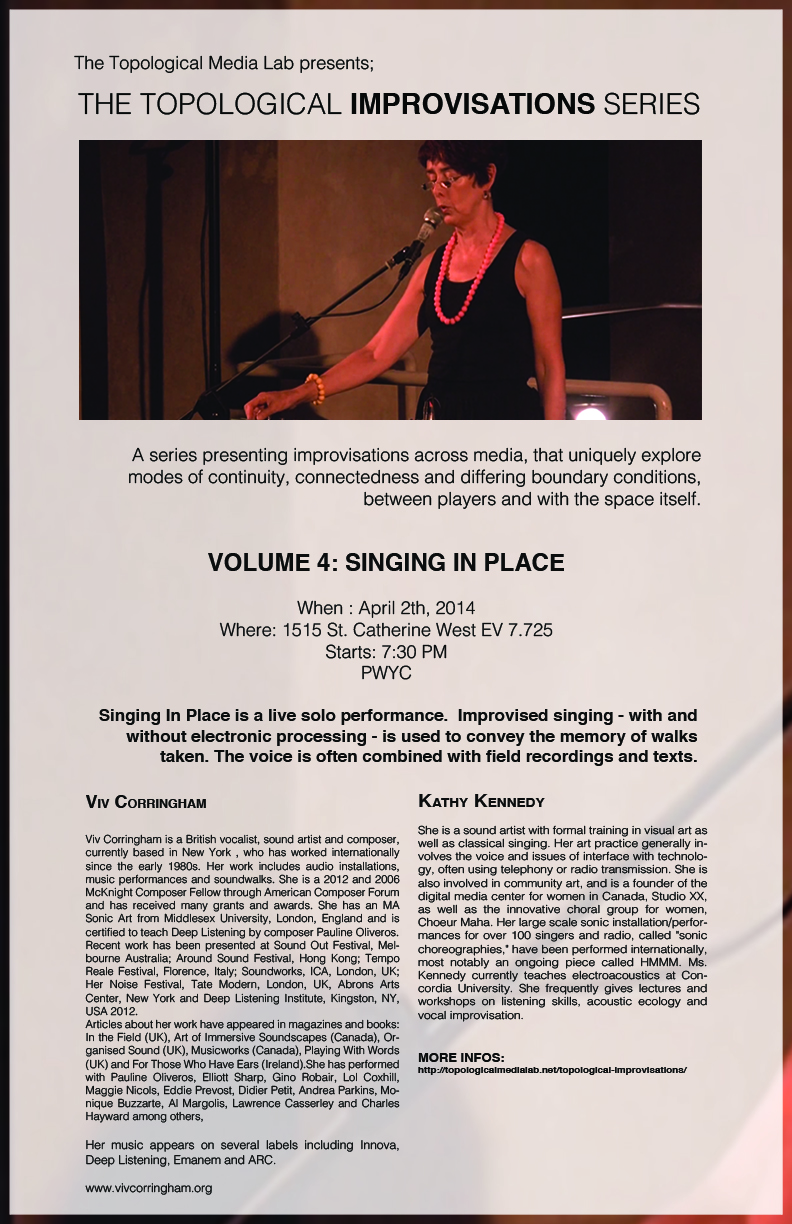 back to the Topological Improvisations page >>