Stéphanie graduated from Concordia University with a degree in Contemporary Dance (2011) where she was lauded as most outstanding graduate. After creative residencies at L’arrêt de bus (Montreal, Québec) and at Main & Station (Parrsboro, Nova Scotia), Stéphanie continued to develop both her solo work ME, MYSELF & EYE and her work with her company FOR BODY AND LIGHT at MainLine Theater (Montreal, Québec), where she was artist in residence for 2013-14. In Montréal, her work has been presented at Studio 303/EDGY WOMEN, Tangente, St-Ambroise Montréal FRINGE festival, Bouge d’ici dance festival, Nuit Blanche, Mile End Poets’ Festival, Carmagnole festival, Canadian Festival of Spoken Word, the Phénomena festival and the WildSide festival. She is currently planning her company’s second cross-Canada tour with their hit show COMING AND GOING and a new work titled BEAR DREAMS.

Stephanie is a proud member of the DIRTY FEET podcast team and is also a collaborating member of the multidisciplinary improvisation collective BODY SLAM directed by Greg Selinger.

Aaron Finbloom is a philosopher, performance artist, musician and co-founder of The School of Making Thinking (SMT) – an artist/thinker residency program and experimental college. Much of his work is interested in exploring the inner workings of dialogue/dialectics by creating quasi-structured conversations through games, booklets, audio guides, dance maps, performative lectures, existential therapy and philosophic rituals. Finbloom has taught philosophy at Suffolk County Community College, and has curated dozens interdisciplinary immersive courses for SMT. His work has been featured at the performance collective “Milk Bar” in Bristol (UK), Elsewhere in Greensboro (NC), BETA Spaces in Brooklyn (NY), Figment (NYC), International Association for the Study of Place, Space and Environment, Towson (MD), and Workspace for Choreographers, Sperryville (VA). Finbloom holds an M.A. in Philosophy and Art from SUNY Stony Brook and currently he is housed within Concordia University’s Interdisciplinary Humanities PhD program. 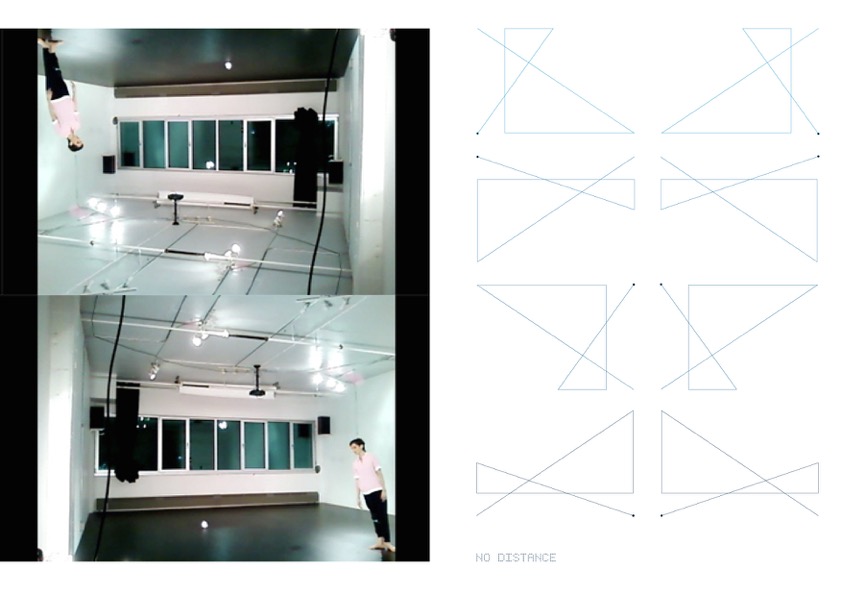 We would like to invite you to a reading group/interdisciplinary seminar to dive into Evan Thompson’s new book: Waking, Dreaming, Being: Self and Consciousness in Neuroscience, Meditation and Philosophy.

Swintak is a Canadian artist working in variety of media including site-responsive sculpture, installation, performance and video. Approaching the world as her studio, her large-scale commission-based practice has included moving almost an entire house by hand without the aid of machinery, creating the most banal rollercoaster ever made in the head office of an energy drink corporation, building a full-size ship through collective improvisation, running an election party campaign for the Irish underworld, transforming a city-issued dumpster into a fully-operational luxury boutique hotel, attempting to give a shed consciousness and producing a series of impossible project proposals.

Shauna is an urban curator with a background in theatre and interdisciplinary studies. She received her Ph.D in Humanities (2014), Centre for Interdisciplinary Studies in Society and Culture at Concordia University, where she has also taught in the Departments of Theatre and Art History. Her current research focuses on the cultural politics of postindustrial urban spaces in relation to themes of public space, queer space, community activism, spatial justice, post-humanism, material and performative practices. In 2010, Shauna founded Urban Occupations Urbaines, a curatorial platform for artists, communities and the public to creatively and critically engage with cities and urban change. As an urban curator of collaborative, spatial, social, and communal actions within and upon the city of Montreal, Shauna has worked with La Fonderie Darling, the Griffintown Horse Palace Foundation, Heritage Montreal, Centaur Theatre, Montréal Arts Interculturel, Le Corridor culturel de Griffintown, Le Sud-Ouest de Montréal, Parks Canada, and the Centre d’histoire de Montréal. Recently, Shauna served as co-director and curator of Points de vue, a montreal based socially-engaged and activist art platform. Shauna’s writing has appeared in On Site and Ceramic Review. Shauna has also given public lectures and presentations at The Canadian Centre for Architecture (Ephemeral City, 2010), Articule (“Would you be my curator?” 2012), and The McCord Museum (City Talks, 2013). Shauna is an affiliate of the Centre for Oral History and Digital Storytelling, Concordia University.

Andrew Forster is a visual artist. His work includes collaborative and cross-disciplinary projects, installation, live events for public space, prformance-video, sculpture and design for public space. Current work has two primary directions: firstly, movement-based performance, installation, video-installation, shown in visual art and dance venues (both as solo work and in collaboration) and, secondly, public text installations, design for public space and responses to art-in-architecture and urban design competitions (in collaboration with design professionals). Past work includes: a touring production of Samuel Beckett’s That Time (with artist Michael Fernandes); the development of the winning design in a competition for a new entrance to Place des Arts, Montreal (with architects Atelier Big City); Cinema, a performace in public space for an audience seated indoors (SAT, Place de la paix, Montreal); a performance for 75 people entitled En masse, (with choreographer Suzanne Miller); Ossip, a dance performance based on the poetry of Ossip Mandelstam. Current ‘research’ is about contemporary art as a critical practice in relationship to design practice (art in the space of design). MA thesis was on the design for public space and architecture of Vito Acconci. Forster teaches part-time in the Department of Design and Computation Arts with a focus on art and design as tools for investigating urban issues and public space. He has participated in several invitational design competitions for public space, notably with Atelier Big City: Place des Arts, Montreal (2002); identity program for ‘Quartier des spectacles’, Montreal (2004); and the Gatineau Monument Competition (2005).

David Morris co-director of the TML, is expert in the field of phenomenology with a focus on the philosophy of the body, mind and nature in relation to current biology and cognitive science. Morris is currently working on a SSHRC funded research and book project that focuses on issues of development and ontology in Merleau-Ponty and current biology. Morris has published articles, conference proceedings, as well as the book, “The Sense of Space” (SUNY Press: 2004). Morris has organized and presented at international conferences, and is also experienced at organizing workshops, such as the Interdisciplinary Workshop on the “Future of Development: Concepts, Insights, and Challenges” in 2013.

Alberto Pérez-Gómez was born in Mexico City in 1949 and became a Canadian Citizen and a Quebec resident in 1987. He obtained his undergraduate degree in architecture and engineering in Mexico City, did postgraduate work at Cornell University, and was awarded a Master of Arts and a Ph.D. by the University of Essex in England. He has taught at universities in Mexico City, Houston, Syracuse, and Toronto, at the Architectural Association in London, and was Director of the Carleton University School of Architecture from 1983 to 1986. He has lectured extensively worldwide.

His numerous articles have been published in the Journal of Architectural Education, AA Files, Arquitecturas Bis, Section A, VIA, Architectural Design,ARQ, SKALA, A+U, Perspecta, and many other periodicals. His first book in English, Architecture and the Crisis of Modern Science (MIT Press, 1983) won the Alice Davis Hitchcock Award in 1984, a prize awarded every two years for the most significant work of scholarship in the field.

In January 1987 Pérez-Gómez was appointed Saidye Rosner Bronfman Professor of the History of Architecture at McGill University, where he directs the History and Theory option. From March 1990 to June 1993, he was also the Founding Director of the Institut de recherche en histoire de l’architecture, a research institute which he instigated, co-sponsored by the Canadian Centre for Architecture, the Université de Montréal and McGill University. Students of Dr. Pérez-Gómez now teach most Canadian architecture programs, and in many North American and European Universities.

Dr. Pérez-Gómez is the author of Polyphilo or The Dark Forest Revisited (MIT Press, 1992), an erotic narrative/theory of architecture that retells the love story of the famous fifteenth century novel/treatise Hypnerotomachia Poliphiliin late twentieth-century terms, a text that has become the source of numerous projects and exhibitions. He is also co-editor of a now well-established series of books entitled CHORA: Intervals in the Philosophy of Architecture (McGill-Queen’s University Press), which collects essays exploring fundamental questions concerning the practice of architecture through its history and theories. A recent major book co-authored with Louise Pelletier, Architectural Representation and the Perspective Hinge (MIT Press, 1997), traces the history and theory of modern European architectural representation, with special reference to the role of projection in architectural design. In his most recent book, Built Upon Love: Architectural Longing after Ethics and Aesthetics(MIT Press, 2006), Pérez-Gómez examines points of convergence between ethics and poetics in architectural history and philosophy, and draws important conclusions for contemporary practice.

Queer Space can be concrete or abstract: a space expressed in the material dimensions of the built environment, or conjured through social and discursive practices. At present, my research and production explores and maps its political potential and aesthetic dimensions through the latter, articulated in relation to social and visual arts practices. A queer orientation towards a subject is inherently a dis-orientation. Architecture, in its present form, aids in the entrenchment of oppressive social structures that benefit the few at the expense of the many. Disorientation as a queer tool is also a spatial gambit: A re-orienting of Architecture through the lens of queerness shifts it away from the production of hegemonic structures towards a landscape versed in resistance to the norm.Matthew-Robin Nye is an interdisciplinary artists with an education and professional background in the architectural and construction industry. His current research is concerned with the definition and production of Utopic Queer Architectural Space through oral history projects, performance, video work and installation. Formerly a member of the Flux Factory collective in New York City, he has exhibited, lectured and held residencies in Canada, the United States, South America and Europe. Notable collaborations include projects with The Art Gallery of York University (CAN), Paper Tiger Television (US), Greenpeace, Raketa Press (SE) and recently, the premier of ‘SEROCENE’ at the MIX NYC Experimental Queer Film Festival. Presently, Matthew-Robin Nye is a participant in the SenseLab, and is currently preparing a curatorial project on Architecture by Artists in Vancouver, opening in 2015.